A Tale of Two Moving Experiences

Moving is one of the best of times or the worst of times in life, depending on your situation. Here is a tale of two different families with similar circumstances. One family (the Smiths) enjoys the benefits of professional movers. The other family (the Joneses) moves themselves to cut cost.

Frank and Emma Jones plan on packing and moving all by themselves. They have to rent a moving van, drive it to the house, and fill it with all their things. Even though they are moving 150 miles, they expect to encounter few problems along the way. The couple plans to buy new furniture with the money they save on moving company costs.

Emma called several truck rental services and got affordable one-way rates. To save even more money, they collected used cardboard boxes from a local grocery store.

To limit the hassles of relocating, James and Staci Smith decided to hire a moving company. They received three estimates and went with the lowest one. The couple did not have to worry about packing or moving. This made it easier to make arrangements like utility transfers, and they spent their time getting all the details together for the big move.

Frank picked up the rental truck on the morning of the move. When he got behind the wheel, he discovered that backing up a large moving van (with no rear window) was no picnic. In fact, while backing into his driveway, he accidentally ran over a neighbor kid’s bicycle. This was an omen of things to come.

When Frank opened the truck loading door, he realized he forgot a moving dolly. So, he had to go back to the rental store and rent one. Thankfully, he had two helpers (his brother Bill, and a next door neighbor, Jim). Everything went smoothly until they tried to move a huge dresser. When Frank bent over to pick up the dresser he felt a burning sensation in his lower back. At first, it wasn’t too bad, but by the time they moved all the large items he was in a lot of pain.

Frank spent the rest of the time lying on the floor with an ice bag on his back. His brother, neighbor, and wife finished loading the truck. Frank was in so much pain he couldn’t drive the truck, so Bill drove.

On the way to the new house, a rock flew up from the highway and hit the truck windshield, creating a large crack. Unfortunately, Emma didn’t want to pay a loss-damage waiver fee, so they had one more expense.

Frank wasn’t much help with unloading the truck. In fact, he lied on the couch and moaned in pain after his brother and neighbor moved it into the living room. Everything took longer than expected and their big screen television was damaged during transit. Also, two of the used cardboard boxes collapsed in the truck, shattering an expensive living room lamp. While moving the washing machine, Bill slipped and the machine fell to one side, poking a nasty gash in the living room wall.

Emma and Frank survived the nightmare move, but Frank had to see his doctor and missed two weeks of work. When he figured out the total costs of their “do it yourself move”, he realized too late that hiring professional movers was better physically, emotionally, and financially.

Moving for Staci and James was a breeze. The movers showed up on time, inventoried everything, packed, and quickly loaded their entire household of goods into the moving van. Afterward, their moving professionals took all the leftover items to a climate controlled storage facility.

It didn’t take as long as they expected so there was plenty of time to give the house a final cleaning and inspection before they left for their new home.

Moving in and unpacking was just as easy, as the movers took care of all the hard work. Relocating 150 miles was simple because they had professional help. After the movers finished, the family went out to dinner and enjoyed a lovely evening.

If you plan to move and it is a major ordeal, consider professional movers for the job. They can do as little or as much as you need and it costs nothing for moving service estimates.

3 things to do befor you pack 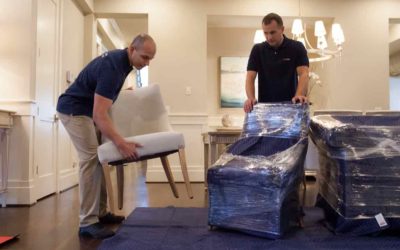 IMPORTANT QUESTIONS YOU SHOULD ASK 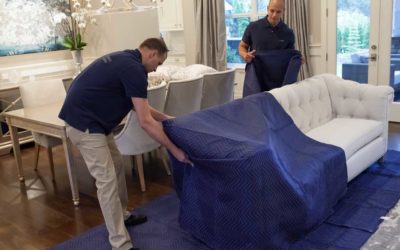 How to Sell Your Stuff Before You Move 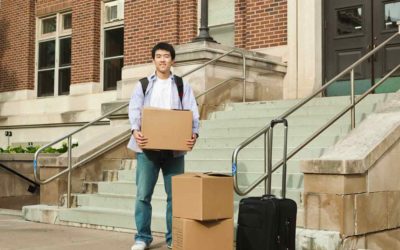 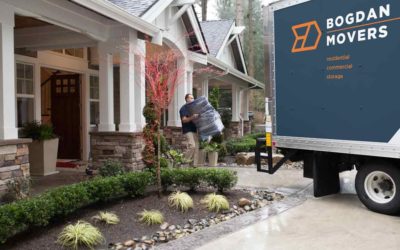 Moving Tips: Make Your Move Work for You

Everything for Easy Move